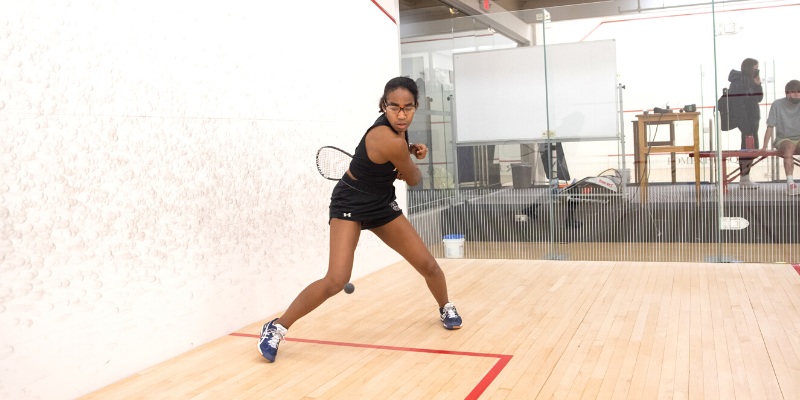 The Pomfret Girls Varsity competes against some of the best teams in the highly competitive New England Independent School League. In recent years, Pomfret has seen its players continue on to play squash in such college programs as Bates, Mount Holyoke, Dickinson, Georgetown, Columbia, UCLA, and Northwestern. The coaches believe in developing players as complete athletes, so alongside strength, endurance, agility, and coordination, emphasis is placed on mental toughness and a strong work ethic. The players work hard as individuals and as a team.

Few schools can compete with the squash facility at the Corzine Center. The eight all-oak and glass-backed international courts have superb gallery viewing space for spectators, with a full service snack shop and student center under the same roof. Regarded in New England as a prime facility for tournament play, Pomfret has hosted the New England “B” and “C” level championships for the girls or boys eight times since the Center opened in 2003.