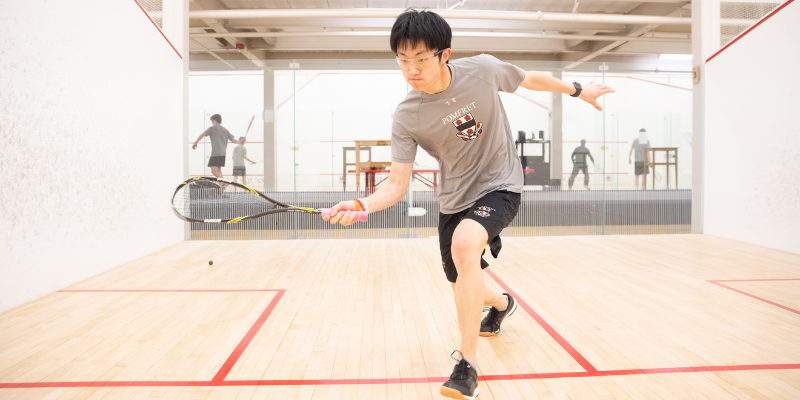 Varsity Boys’ Squash competes against some of the top teams and players in New England. We participate in the U.S. High School Team Championships and a post-season New England Prep-School Invitational tournament. The squash program seeks to develop each player’s potential to the fullest in terms of ability, strategy, physical fitness, sportsmanship and enjoyment of the game. Our state-of-the-art squash complex hosts eight international courts and is one of the best in the New England preparatory school circuit. Traditionally, we have fielded strong squads that are athletic, enjoy competition, and exhibit outstanding sportsmanship, and our competitive schedule against perennial rivals such as St. George's, Brooks, Avon, Loomis, Suffield, and Westminster makes for an exciting season.