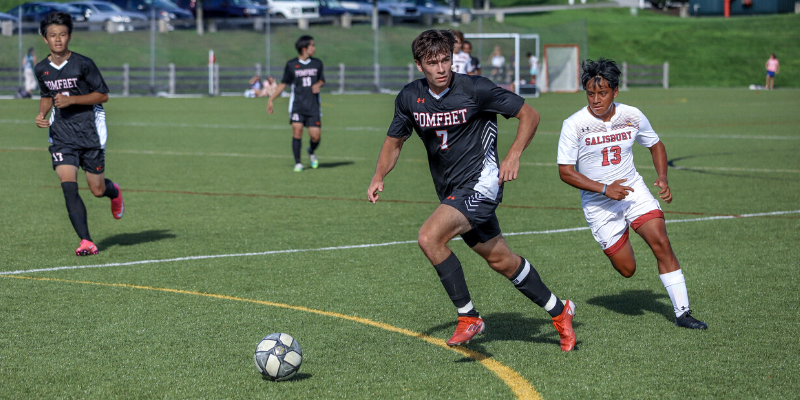 Soccer at Pomfret has a proud tradition. Coach Burke and Coach Montoro Alonso look for student-athletes who want to succeed at a high level on the soccer field while taking full advantage of every opportunity Pomfret can offer them.

Our recent success in both our league and New England has helped a number of Pomfret soccer alums use their soccer experience on the Hilltop in continuing their careers at the collegiate level. Recent alums have played or are playing soccer at Bryant University, Boston College, Skidmore, St. Lawrence University, Assumption University, Centre College, Carleton College, Bard College, Dickinson College, and Endicott College. Other recent Pomfret soccer alums have gone on to play basketball, lacrosse, baseball, track, and hockey at the collegiate level.

Coaches Burke and Montoro Alonso are committed to the growth of their players both on and off the field, and challenge them to realize that “success is not an accident.” We want all of our players to invest in their growth as students, athletes, artists, leaders, and community members throughout their time at Pomfret.